skip to main | skip to sidebar

I'm the ex-girlfriend, the girl in the polaroid, the one in the play, the scar on your back, the crazy tattooed horse girl by the river, the englishfrenchwoman in New York who isn't Quentin and the car accident that keeps almost happening. Up for adoption, damaged but nicely packaged, no refunds. 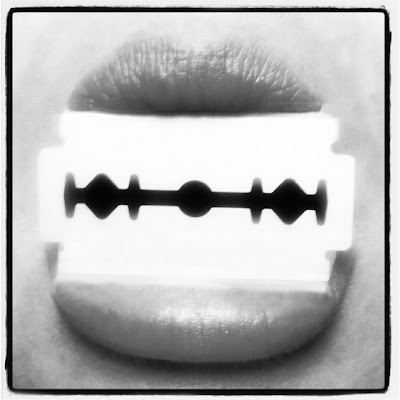 I tried writing this post yesterday but every sentence coming out of my head was a song lyric. Actually for the past 24 hours my entire train of thought has been as succession of song snippets, like the rantings of a gigantic jukebox with severe ADD. And we're not only talking lines of text but a whole damn soundtrack in the background.

This wasn't a one-theme mix tape, my life is much too schizophrenic at the moment to have a single mood. Mean-spirited folk would take this opportunity to accuse me of not having a single original thought. I prefer to congratulate myself on my immense, eclectic, and largely useless, knowledge of music. The truth is probably much murkier, I'll see what my analyst has to say about it later on. In any event it did make me think of the importance of sights and sounds (and smells really) as definitions of moments and the associations we make between them and certain people in our lives. But first back to yesterday for a moment. My brain jukebox wasn't exactly original or avant-garde at all, let's see if you can relate to some of my associations:

headache opening my eyes in the morning - the smiths, please please let me get what i want
remembering the middle of night text conversation - nine inch nails (quite a succession of songs...)
the bad almost fatal dog fight - L7, shitlist and rage against the machine, kick out the jams
ikea hell - pulp - common people
waiting for an answer to my call for help - david bowie, rock'n'roll suicide
and the day went on...

So that was yesterday. Just audio. But this I'm-not-crazy-but-I hear-smell-see-stuff-that-isn't-there has been going on forever. Whenever I think of my father I hear the Glenn Miller Band, and Johnny Cash. And I smell Dior Vetiver cologne and wet cashmere. I don't see anything though. When I think of the original Harvey, I see little white mice and hear Stand By Me by Ben E. King. My ex-husband will forever be associated with Chet Baker, whiskey and... taziki sauce, the sight of it (ugly enough but the mere smell makes vomit). My mother instantly summons the Scissor Sisters (some of you who know me will get that). Sex will never ever ever be Barry White for me but it has been Bowie, Blur, Motley Crue, the Rolling Stones and Woody Allen's voice. Home smells like clean dog. Flying is bad Marilyn Manson and a vision of a sea of pills. Love is....well these days love is a mixture of the smell of rain and an overheated NY pavement, Dunhill cigarettes, hydrogen peroxide and Cat Power's I found a reason, The National's Slow show, Elvis Costello's I want you and every song where the guitar will make your eardrums bleed. Some things don't have a soundtrack though, they're just there, like children and cops.

Today I'm going to try and make my playlist select my mood rather than the other way round. I may go for some Gold Dust Woman (Stevie not Courtney), a little bit of the Beatles to act older than my age, some Alice Cooper (to appease the hairspray addict slut I've never been) and the newish Jack White so I don't have to think too much.


Here's a little Violent Femmes, for whatever reason.

Posted by Harvey's Cocktail Hour at 05:32

Email ThisBlogThis!Share to TwitterShare to FacebookShare to Pinterest
Labels: diary 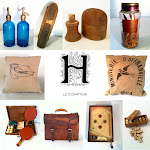